WHO ARE THE TAJIKS AND WHERE DO THEY LIVE? 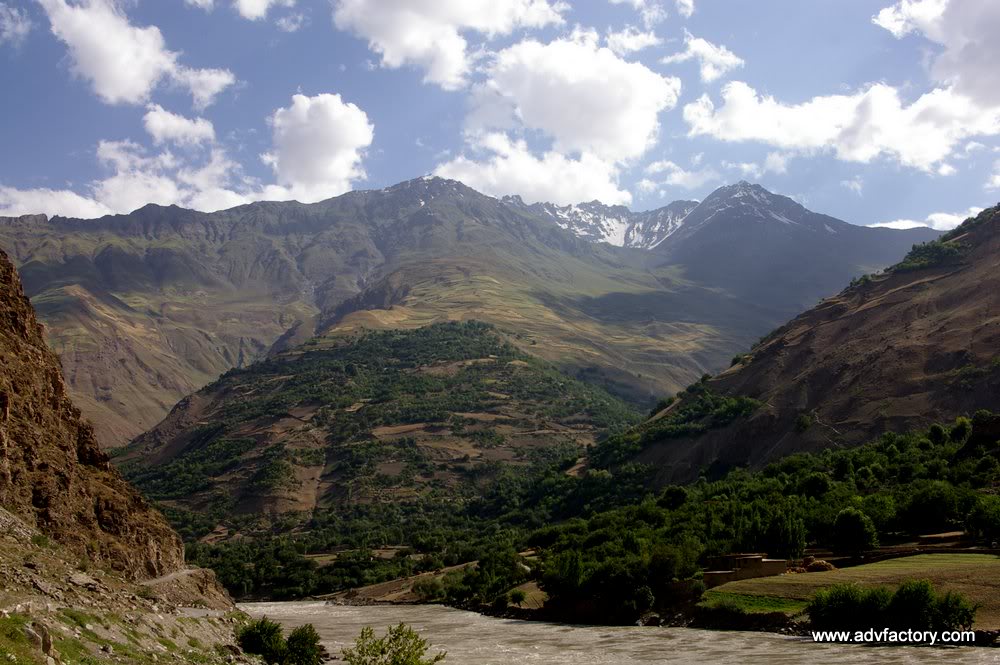 Tajiks are one of the most ancient ethnic groups in Central Asia. Tajiks mostly live in Tajikistan, a country that share borders with Uzbekistan, Kyrgyzstan, Afghanistan, and China. But many Tajiks also live in Afghanistan and Uzbekistan, and there are smaller populations of Tajiks in Kyrgyzstan, Kazakhstan and China. The most famous cities of Central Asia, Bukhara and Samarqand, are historically Tajiki-speaking, although today they are in Uzbekistan. Even today, Tajiks are the majority in these ancient cities. Tajiks are the dominant ethnic group in Northern Afghanistan as well, and are local majorities elsewhere in the country, particularly urban areas such as Kabul, Mazar-i-Sharif, Kunduz, Ghazni and Herat.

WHAT KIND OF LANGUAGE IS TAJIKI? 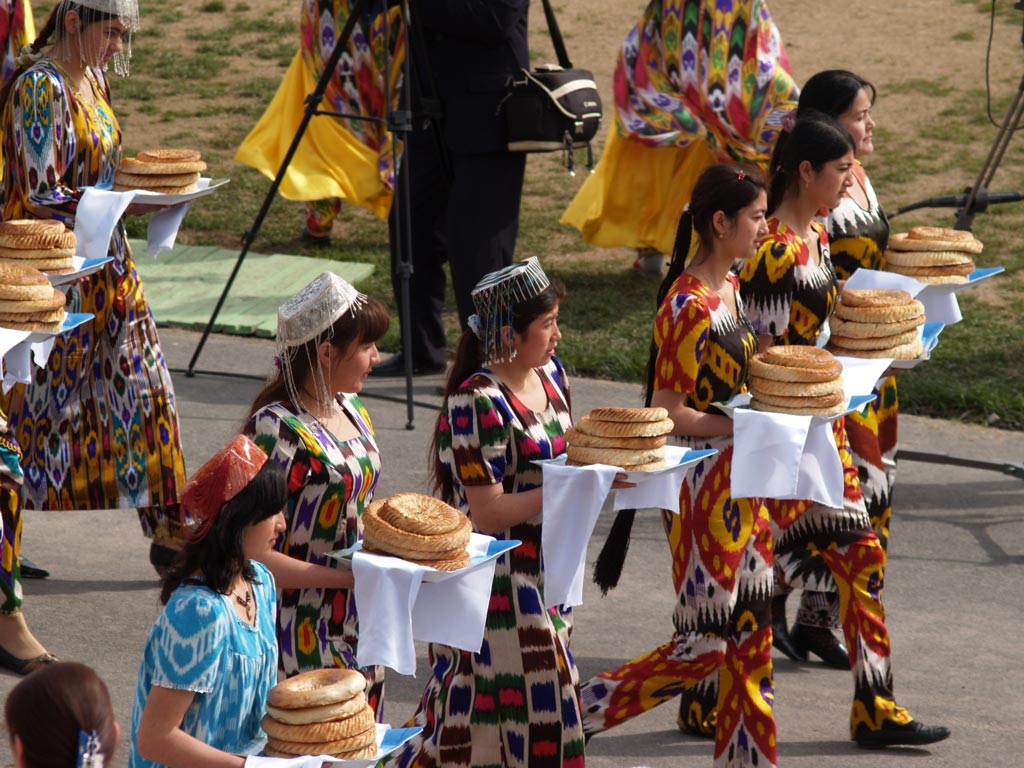 Tajiki (also called Tajik or Tajik Persian) is a modern variety of Persian spoken in Central Asia. Tajiki belongs to the Iranian group of the IndoEuropean languages. Together with Dari and Farsi, Tajiki makes up the West Iranian branch of Iranian languages. Tajiki has diverged from Farsi (Persian) as spoken in Iran as a result of political borders, geographical isolation, the standardization process, and the influence of Russian and neighboring Turkic languages. Standard Tajiki today also differs somewhat from Dari, the standard language of Afghanistan, but these two are much closer to each other than to Iranian Farsi, and speakers find it easy to communicate with each other. Due to its relative isolation in the mountains of Central Asia, Tajiki retains numerous “old-fashioned” elements in its vocabulary, pronunciation, and grammar that have been lost elsewhere in the Persian-speaking world. Standard Tajiki is based on the north-western dialects of Tajiki as spoken in the historic city of Samarqand.

Tajiki is the official language of Tajikistan, and historically Tajiks called their language zaboni forsi (Persian language); the term zaboni tojiki (Tajik language) was introduced in the 20th century by the Soviets. There are also a number of small communities in the mountains of the Pamirs, Badakhshan, and Tokharistan that speak languages belonging to the Eastern branch of Iranian languages, such as Wakhi, Shughni, Rushan, Yazghulemi, and Ishkashemi, but these languages differ significantly from Tajiki.

WHAT ALPHABET DO TAJIKS USE? 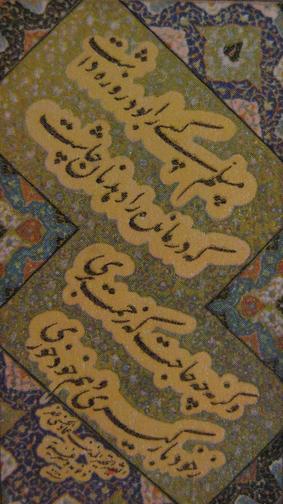 The Tajik language has been written in three writing systems over the course of its history. As the language of an Islamic people, Tajiki was written in the Perso-Arabic script as early as 8th century and up until the early 1920s. Until this time, the language was actually not thought of as separate from Persian. The Soviets began simplifying Tajiki’s Perso-Arabic script in 1923, before moving to a Latin based system in 1927. Then in the late 1930s, the Cyrillic alphabet was introduced in the Tajik Soviet Socialist Republic, replacing the Latin alphabet. In fact, after 1939, materials published in Persian in the Perso-Arabic script were banned from the country. Today Tajik people who live in Tajikistan and in other post-Soviet states use the Cyrillic alphabet while those who live in Afghanistan employ the Perso-Arabic alphabet used with Dari. 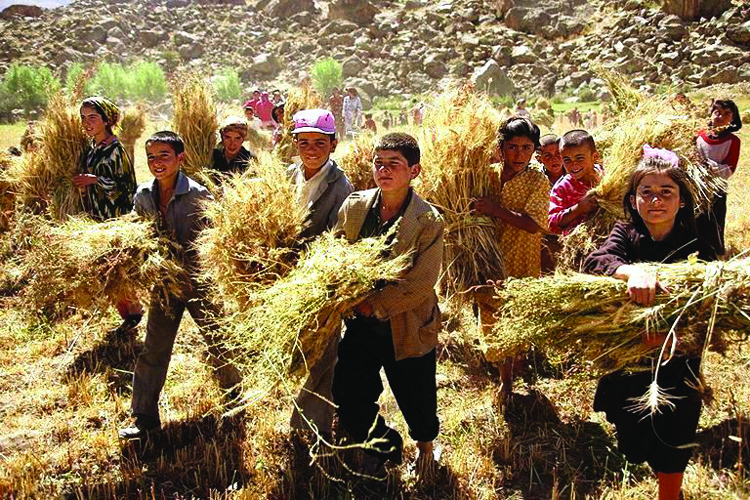 For many centuries, Central Asia has been a crossroad of numerous empires and cultures. Thus the local people and their traditions have been influenced by civilizations from Greece to China, and from Middle East to Siberia for over millennia. Before the Arab conquest, the people of Tajikistan were called Sogdians. Sogdians from Bukhara, Samarqand, and other cities were bankers and political advisors to all the great steppe empires as well as being the leading traders along the fabled “Silk Road,” establishing merchant colonies from Inner Mongolia in the east to Crimea in the west.

Around the 8th century, Sogdians began converting to Islam and around that same time, most Sogdians began to switch from their native Sogdian language (a branch of the North Iranian family) to the West Iranian language of Farsi (Persian) that is ancestral to what they speak today. But the importance of merchants based in Bukhara and Samarqand for the steppe empires of the Silk Road continued into the 18th century. 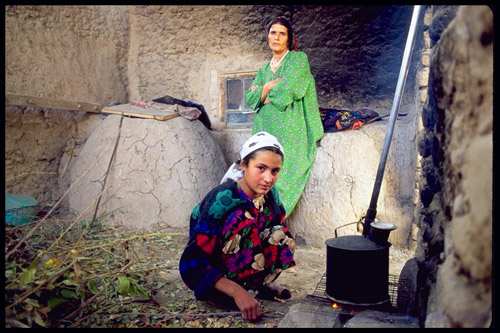 Today, a majority of ethnic Tajiks identify themselves as Sunni Muslims. However, the Pamiri people of the Gorno-Badakhshan Autonomous Province overwhelmingly follow the Shia Ismaili branch of Islam. Isolated in the highest parts of the Pamir Mountains, they have preserved many ancient cultural traditions and folk arts that largely have been lost elsewhere in the country. Moreover, the Yaghnobi people in the mountains of northern Tajikistan still speak a direct modern descendant of the ancient Sogdian language.

Traditionally, Tajiks are a family- and communityoriented society. Each individual is usually identified within his or her family circle. The Tajik neighborhoods are usually divided into several mahalla, primary sources of social services for community residents, traditionally centered on a mosque. Members of a mahalla call on each other for help, and together organize traditional cultural events and ceremonies.

The applied arts of Tajiks feature a wealth of variety when it comes to style, materials and ornamentation. Silk, ceramics, cotton weaving, stone and wood carving, metal engraving, leather stamping, calligraphy, and miniature painting are just some of the genres passed down from ancient times.

SOME USEFUL PHRASES IN TAJIKI

1. Tajiki is spoken as a first or second language by over 45 million people worldwide, but the highest population of speakers is located in Tajikistan, with significant populations in other Central Eurasian countries such as Afghanistan, Uzbekistan, and Russia.

2. Tajiki is a member of the Western Iranian branch of the Indo-Iranian languages, and shares many structural similarities to other Persian languages such as Dari and Farsi.

3. Few people in America can speak or use the Tajiki version of Persian. Given the different script and dialectal differences, simply knowing Farsi is not enough to fully understand Tajiki. Those who study Tajiki can find careers in a variety of fields including translation and interpreting, consulting, and foreign service and intelligence. NGOs and other enterprises that deal with Tajikistan desperately need specialists who speak Tajiki.

4. Tajikistan is the only former Republic of the Soviet Union with Iranian people, cultures, and languages.

5. The Pamir Mountains which have an elevation of 23,000 feet are known locally as the “Roof of the World” and make up more than 90 percent of Tajikistan’s territory.