WHO ARE THE AZERBAIJANIS AND WHERE DO THEY LIVE?

Azerbaijanis are a Turkic people who live in Azerbaijan, the largest and most populous country in the South Caucasus, which borders with the Caspian Sea, Armenia, Georgia, Iran, and Russia. Millions of Azerbaijanis live in Iran, where they are the largest non-Persian ethnic group. The Turkmen of Iraq also speak a dialect very close to Azerbaijani. Azerbaijanis outside the Republic of Azerbaijan frequently call themselves and their language Azeri.

WHAT KIND OF LANGUAGE IS AZERBAIJANI?

Azerbaijani belongs to the Turkic group of languages, which includes languages such as Turkish, Uzbek, Kazakh, Uyghur, and Tatar. Turkic languages have been spoken for several millennia across vast territory from the Balkans to China. Azerbaijani belongs to the West Oghuz branch of the Southwest Turkic languages, and can be mutually intelligible with Turkmen and Turkish. Its distinctive characteristics are vowel harmony (vowels of the suffixes change to fit the other vowels in the stem) and agglutinative grammar (suffixes that indicate only one meaning are attached to the word stem one after another in a set order). Azerbaijani vocabulary has been influenced by Arabic, Persian, and Russian. However, after the collapse of the Soviet-Union, Azerbaijani lexicon went through a major de-Russification process. As a result, many Russian loanwords have been replaced with the Azerbaijani words.

WHAT ALPHABET DO THE AZERBAIJANIS USE? 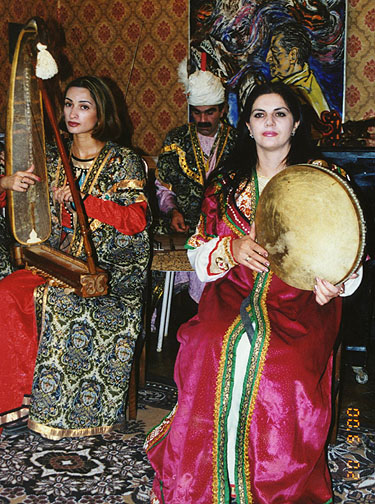 The South Caucasus has long been a crossroad not just between Iranian East and European West but also between the Russian and steppe North and the Middle Eastern South. Iranian Empires were the first to include Azerbaijan, followed by Greco-Roman, Arab, and Turkic periods in Azerbaijani history. Before the Arab conquest, the people in the area followed Zoroastrianism, a traditional religion of the Iranian empires which venerated fire. In fact, Azerbaijan is known as the “Land of Fire” because of a hillside in the Baku area called Yanar Dag (“burning mountain”) that is perpetually burning due to the natural hydrocarbons slowly seeping out from the thin surface of the ground.

Under the Tsars, the Azerbaijani capital Baku became one of the world’s wealthiest oil boomtowns and a center of educational innovation and progressive politics throughout the Middle East and Russia. Traditionally, ethnic Azerbaijani are Turkic speaking and Shi’ite Muslims. But with this legacy of cosmopolitanism, Azerbaijani society is relatively secular; recent census shows that the modern Azerbaijani society is quite tolerant and a home to a number of religious and spiritual denominations. 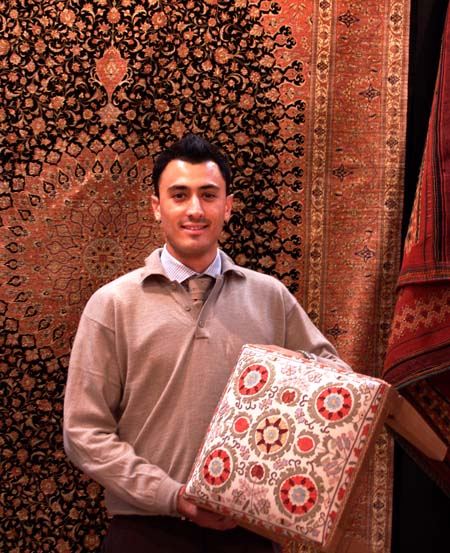 The most prominent features of Azerbaijani culture are the architecture, applied art, music, dance, and literature. Applied art has developed in the current territory of Azerbaijan for centuries. Azerbaijan craftsmanship varies enormously in style, material, and ornamentation. Even today craftsmen practice ancient traditions of applied art. The most commonly practiced art of today is carpet-weaving. Every region of Azerbaijan has distinct patterns that stand out with their rich color, original style, high quality and durability. Poetry, literature, and music form a daily part of life for many Azerbaijanis. The classical Azerbaijani music mugam, played with traditional Azerbaijani musical instruments, such as the tar, kamancha, and naghara is always a part of various ceremonies and get-togethers.

SOME USEFUL PHRASES IN AZERBAIJANI

1. Azerbaijani is spoken as a first or second language by over 31 million people throughout Central Eurasia and the Middle East, most notably in the Republic of Azerbaijan, Afghanistan, Iran, Iraq, Georgia, Armenia, Turkey, Syria, and Russia.

2. A member of the Turkic language family, Azerbaijani shares many structural similarities to languages such as Turkish, Uzbek, Kazakh, Uyghur, Turkmen, and Kyrgyz.

3. Azerbaijan is the largest and most populous country in the South Caucasus and possesses the world’s largest reserves of oil resources. Today, the United States is Azerbaijan’s most prominent trade partner. Business partnerships with Azerbaijan are building a demand for Americans who are fluent in Azerbaijani.

4. Studying Azerbaijani can open up rarely-explored research opportunities in history, culture, and language of the Islamic world, such as studying the language of world-famous poets like Fuzuli, Nizami, and Khatai.

5. Azerbaijani can also serve as a gateway to Ottoman Turkish, the language of diplomacy, administration, and literature in the Ottoman Empire.