WHO ARE THE PASHTUNS AND WHERE DO THEY LIVE?

Pashtuns are one of the major ethnic groups of Central Asia, living there since ancient times. Historically, the Suleiman Mountains on the border of Afghanistan and Pakistan were identified as the traditional homeland of the Pashtun tribes. In modern times, Pashtuns live in much a broader territory including Central, Western, and Northern Afghanistan and Northwest Pakistan. Also, a sizable number of Pashtuns can be found in India, Iran, and Tajikistan. As a result of nearly 30 years of war in Afghanistan, many Pashtuns found also now be found as refugees in Saudi Arabia, United Arab Emirates, Australia, United Kingdom, Germany, Sweden, Canada, and the United States.

WHAT KIND OF LANGUAGE IS PASHTO? 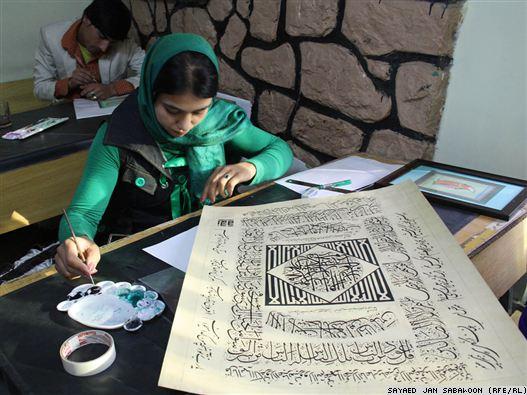 Pashto belongs to the Iranian group of the IndoEuropean family of languages, and the East Iranian subgroup of languages, along with several languages of the Pamir-Badakhshan region of Northeast Afghanistan and Eastern Tajikistan. These languages are quite separate from the West Iranian (or Persian) subgroup consisting of languages such as Farsi, Dari, and Tajiki.

Approximately 40 million people speak Pashto as a native language with the majority of Pashto speakers live in Afghanistan (estimated 12 million) and Pakistan (about 27 million).

Pashto is an inflectional language, using prepositions and postpositions alongside declensions to indicate case and has two grammatical genders (masculine and feminine). Additionally, Pashto features a few grammatical peculiarities to help to express the meaning of time and space precisely. First, Pashto uses split-ergativity; a special ergative construction of the sentence formed with transitive verbs in the past. And second, Pashto verbs use aspect (completed or incomplete action) to indicate time rather than traditional forms of tense.

The vocabulary of Pashto has been considerably influenced by Dari, which serves as the lingua franca of Afghanistan. But, Pashto also contains many Arabic loanwords (adopted via Dari) and Indian loanwords (adopted via Urdu). Most of the international words such as moṭár ‘car’, rāḍyó ‘radio’, and kampyuṭár ‘computer’ entered Pashto through Indian English.

WHAT ALPHABET DOES PASHTO USE?

The Pashto Alphabet is based on the Perso-Arabic alphabet as used for Persian (Farsi and Dari). Like all Perso-Arabic scripts, Pashto is written and read from right to left and there are no distinct capital letters. However, the number of letters, structure of the alphabet, and the form of handwriting distinguishes the Pashto Alphabet from other similar Perso-Arabic alphabets. For example, the Pashto alphabet consists of 44 letters for 7 vowels and 32 consonants, and it uses the naskh style script, which has a straight shape and slopes slightly to the left. (In contrast, Farsi and Dari scripts use the nasta’líq style, which has a relaxed shape and slopes to the right.)

For many centuries, Afghanistan has been the crossroads of numerous empires and cultures. Thus the local people and their traditions have been influenced by cultures and civilizations from Greece to India for millennia. In ancient times, many people in the area now called Afghanistan followed Zoroastrianism, and many people in the broad areas followed Buddhism and Hinduism. However, throughout history the vast majority in these territories converted to Islam, and today virtually all Pashtuns are Sunni Muslims.

Traditionally, Pashtuns are a family and community oriented society with a strong influence of tribalism. The more than 400 Pashtun tribes make up confederations, such as Durrani, Apridi, Momand, Waziri, Ghilzai, and others. About two million Pashtuns are nomadic herders, migrating between Afghanistan and Pakistan.

Intertribal relationships, conflicts, and other matters of importance are regulated by a non-written traditional ethical code called Pashtunwali or Pakhtunwali (The Code of Honor of Pashtuns). The Pashtunwali code consists of principles such as hospitality, assistance, giving asylum, revenge, honor of women, dignity, etc. and are applied to various situations of day-to-day life. The right of interpretation of these rules belongs to a Jirga (a council or assembly) a traditional regulator of Pashtun’s life. A Jirga consists of respected individuals of the community and functions on the level of village, tribe, and the entire country.

Farming, gardening, and animal husbandry are traditional occupations of Pashtuns. Important crops include vegetables, wheat, barley, corn, and rice. Nomadic Pashtuns deal with commerce providing goods of everyday needs for rural residents throughout their migration route. Pashtuns love their writers and poets such as Rahmān Bābā and Khushāl Khān Khatak. They have original folklore traditions,including legends, myths, stories, and proverbs. The poetic folklore of Pashtuns includes songs performed in various social gatherings and a unique genre called landə́ y consisting of two verses (lines) of 9 and 13 syllables each. Many landəys describe the social, patriotic, and romantic emotions of the Pashtuns.

Songs and music form a daily part of life for many Pashtuns. And a many social gatherings, Pashtuns perform a distinctive collective dance called Atan which starts slowly with measured motions and then gets faster, as the dancers and audience get more excited.

SOME USEFUL PHRASES IN PASHTO

1. Pashto is spoken as a first or second language by over 40 million people worldwide, but the highest population of speakers are located in Afghanistan and Pakistan, with smaller populations in other Central Asian and Middle Eastern countries such as Tajikistan and Iran.

2. A member of the Indo-Iranian language family, Pashto shares many structural similarities to languages such as Dari, Farsi, and Tajiki.

3. Because of US involvement with Afghanistan over the past decade, those who study Pashto can find careers in a variety of fields including translation and interpreting, consulting, foreign service and intelligence, journalism, and many others. NGOs and other enterprises that deal with Afghanistan desperately need American who speak Pashto and understand Pashtun culture.

4. Poetry is a big part of Pashtun culture and it has been for centuries. In the city of Herat, women, men and children gather on Thursday night to share verses from old and new poetry.

5. Pashtuns live by Pashtunwali (the code of honor) which consists of principles such as hospitality, assistance, giving asylum, and honor of women, etc. This code applies to each Pashtun’s day-to-day life as well as operating at the village, tribe, and country level.