WHO ARE THE KYRGYZ PEOPLE AND WHERE DO THEY LIVE?

Kyrgyz are a traditionally nomadic Turkic people living in the high mountains of Kyrgyzstan, also known as the Kyrgyz Republic. This Central Asian country shares borders with China, Kazakhstan, Tajikistan and Uzbekistan. A sizable number of Kyrgyz can also be found in China, Russia, Tajikistan, Uzbekistan, and Afghanistan. Kyrgyz is the mother tongue of the majority of the population of the Kyrgyzstan. For a few decades in the last century, Kyrygz was a language spoken at home and was rarely used in administration and government. However, since Kyrgyzstan became independent, the importance of this language increased, and most parliamentary meetings today are conducted in Kyrgyz.

WHAT KIND OF LANGUAGE IS KYRGYZ?

Kyrgyz belongs to the Turkic group of languages, which includes languages such as Kazakh, Uzbek, Turkish, Uyghur, and Tatar. Turkic languages have been spoken for many centuries across vast territory from the Balkans to China. Kygyz is one of the major languages of the Kipchak sub-branch of the Turkic languages.

Like many other Turkic languages, Kyrgyz has vowel harmony (vowels of the suffixes change to fit the other vowels in the stem). Kyrgyz is also an agglutinative language, where each suffix added to the stem indicates only one meaning; these suffixes attach to the word stem one after another in a set order. Over time, Kyrgyz vocabulary has been influenced by Persian, Arabic, Mongolian, and Russian. Generally, Kyrgyz is divided into two distinct dialects, the Northern and Southern. Standard Kyrgyz is mainly based upon the Northern dialect.

WHAT ALPHABET DO KYRGYZ USE?

Similar to other Central Asian Turkic languages, Kyrgyz has been written in a number of alphabets. Textual remains of early Turkic varieties from in and around Kyrgyzstan are attested in a variety of scripts, including the Old Turkic runic alphabet, the Old Uyghur vertical script, Nestorian and Manichaean scripts, and others. Before Soviet rule, Kyrgyz people used the Perso-Arabic script to write their language. However, under Soviet rule, Kyrgyz adopted the Cyrillic script from Russian which Kyrgyz people living Kyrgyzstan and other postSoviet states continue to use today. However, Kyrgyz speakers who live in China use the Perso-Arabic script. 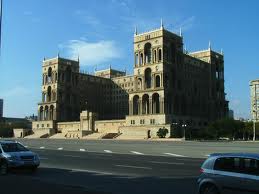 Traditionally, Kyrgyz are pastoral nomads, raising horses, sheep, goats, and cattle, and some of their favorite foods include horse meat, fermented mare’s milk (qymyz), and a fermented drink made of millet and/ or other grains (bozo). Other components of traditional Kyrgyz food include lamb, potatoes, bread, rice, noodles, and yogurt. Similar to other TurkoMongolic peoples, the predecessors of the Kyrgyz had an animistic belief system centered around the sky deity Tengri. However, in the wake of the Mongol empire, most Kyrgyz people adopted Islam. Today, almost all Kyrgyz are Sunni Muslims, but many Tengristic elements remain in Kyrgyz culture. There has also been a small movement recently to revive ‘0’ among the Kyrgyz.

Storytelling and singing have been practiced among the Kyrgyz for centuries. The Kyrgyz epic poem Manas is by some measures the longest epic song in the world. It has been preserved and expanded through the centuries by a special group of Kyrgyz story tellers, called manaschy, who perform excerpts from the epic story at certain traditional events. There are also Kyrgyz bards, called aqyn, who perform various genres — including twoperson lyrical competitions — accompanied by a threestringed qomuz. Today Manas remains a keystone of modern Kyrgyz identity, government, and ideology.

SOME USEFUL PHRASES IN KYRGYZ FIVE REASONS WHY YOU SHOULD

1. Kyrgyz is spoken as a first or second language by over 4.5 million people throughout Central Asia, most notably in Kyrgyzstan, China, Tajikistan, Uzbekistan, and Afghanistan. Additionally, large populations of Kyrgyz speakers can be found in Russia, Turkey, and even the U.S.

2. A member of the Turkic language family, Kyrgyz shares many structural similarities to languages such as Turkish, Altay, Uzbek, Uyghur, and Turkmen, as well as being largely mutually intelligible with Kazakh.

3. Kyrgyzstan is the only parliamentary democracy in the former Soviet Central Asia. Since gaining Independence in 1991, Kyrgystan has had five presidents, including Roza Otunbayeva, the first woman president in a former-Soviet Central Asian country!

4. Of all the Turkic peoples of Central Asia, the Kyrgyz have preserved their nomadic culture the best. Visitors to Kyrgyzstan can still visit nomads in yurts amid snowcapped mountains.

5. There are over 88 major mountain ranges in Kyrgyzstan, making up about more than 70 percent of the country’s territory.